The One Touch Football Club is for promising young players that show good technical ability and a good attitude to learn the beautiful game. The club was formed to give all possible gifted players the opportunity to play at the best possible level, along with best coaching so that they hopefully can fulfill their dreams of being a professional footballer.

Our club was formed in July 2012 and competes in the Peterborough Junior Alliance league as well as playing development games against pro clubs, development centres and other like minded soccer schools.

This is aimed at developing players technically on the pitch to hopefully help them become professional footballers as well as off the pitch aspects.

Within the next coming year we will be running a programme that sees players from u7 running through to u19.

Our highly qualified and experienced staff dedicate their time and knowledge to the young individuals and aim to create technically skilled, tactically minded, mentally strong and physical fit footballers that will be able to become not only good footballers but good people.

We have our own style of play which is to get the ball down on the floor and pass and move as well as encouraging players to do the correct things even if they do make mistakes.

We are delighted to confirm we have been awarded the FA Club Accreditation award. 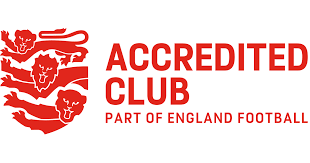 Should you have any concerns over welfare please email Welfare@onetouchfootball.co.uk

Scroll back to top